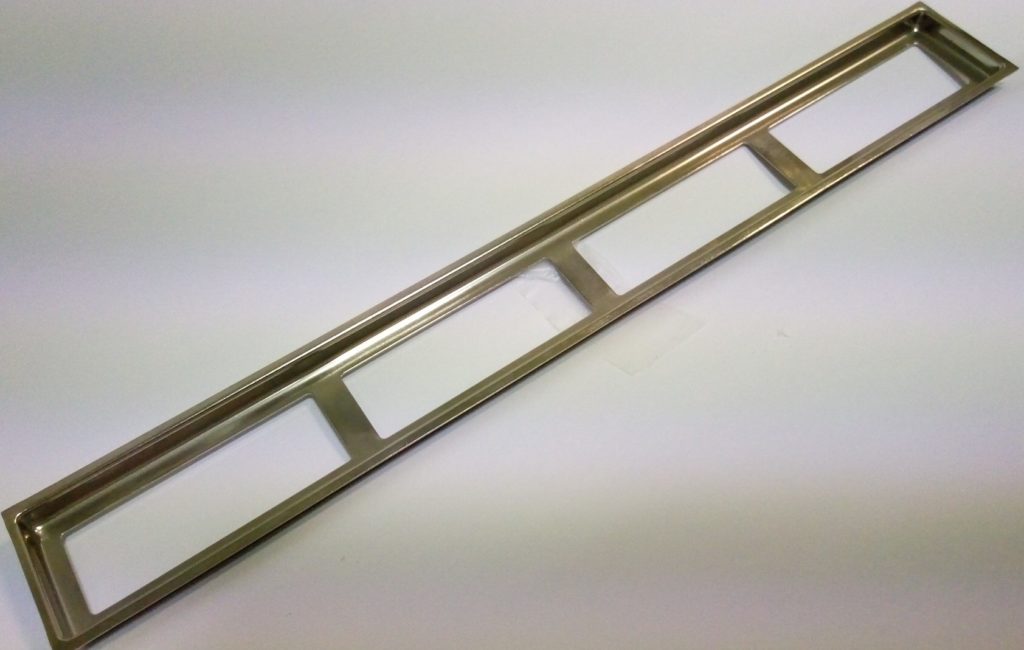 In the early 2000s, E2V, a specialist in electronic components and sub-systems for medical and industrial applications, approached Delta Neo for our recognised know-how in precision embossing. The company needed to fit one of its mammography units with special tray-shaped parts (called pans) essential to its operation: these parts supported the optical sensors used for X-ray analysis of breasts.

The specifications were exacting, as this 30 mm wide pan had to be made from particularly thin and flexible Dilver (Iron-Nickel alloy) sheets measuring 0.5 mm thick, and along its 220 mm length it would include 4 rectangular openings, which had a tendency to cause variations in its dimensions and flatness.

However, to ensure accurate analyses of X-ray measurements, a flatness of 0.1 mm over the entire length of the pan and a parallelism of 0.1 mm between its two sides were necessary up until final assembly of the mammography unit. The right balance had to be struck between material, presses and operational requirements.

Our in-house engineering department took to meticulously designing several different sets of tools that could achieve the tight tolerances demanded. Numerous tests and adjustments were then needed as the embossing operation involved some ten steps, in the course of which the parts could become deformed at any moment.

To avoid this serious risk, the technical and production teams had to devise ‘hacks’ and put in place intermediate fixing components.

In addition, in order to further improve its functionality, we were asked to also apply a Nickel surface treatment to the entire pan. Delta Neo subcontracted one of our long-standing but geographically removed partners to carry out this treatment.

Consequently, a special plastic case with integrated foam padding also had to be designed, in collaboration with the client, and manufactured by an external supplier in order to protect the parts during the various intermediate and final stages of transport.